This testimonial will touch your heart......

I would like to extend a HUGE thank you to the Gold and Relics team. You have been so incredibly flexible, friendly, generous and supportive for the entire process of booking and arranging our experience. It couldn’t have gone more smoothly. 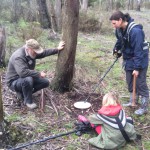 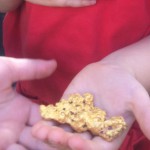 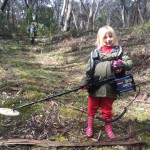 He is the envy of a lot of prospectors and he is only 16 years old. Colac teenager, Khalid, along with his mother Emma have been bitten by the gold the bug. Emma and Khalid have gone out on tour with Gold & Relics several times and this time Khalid hit paydirt. 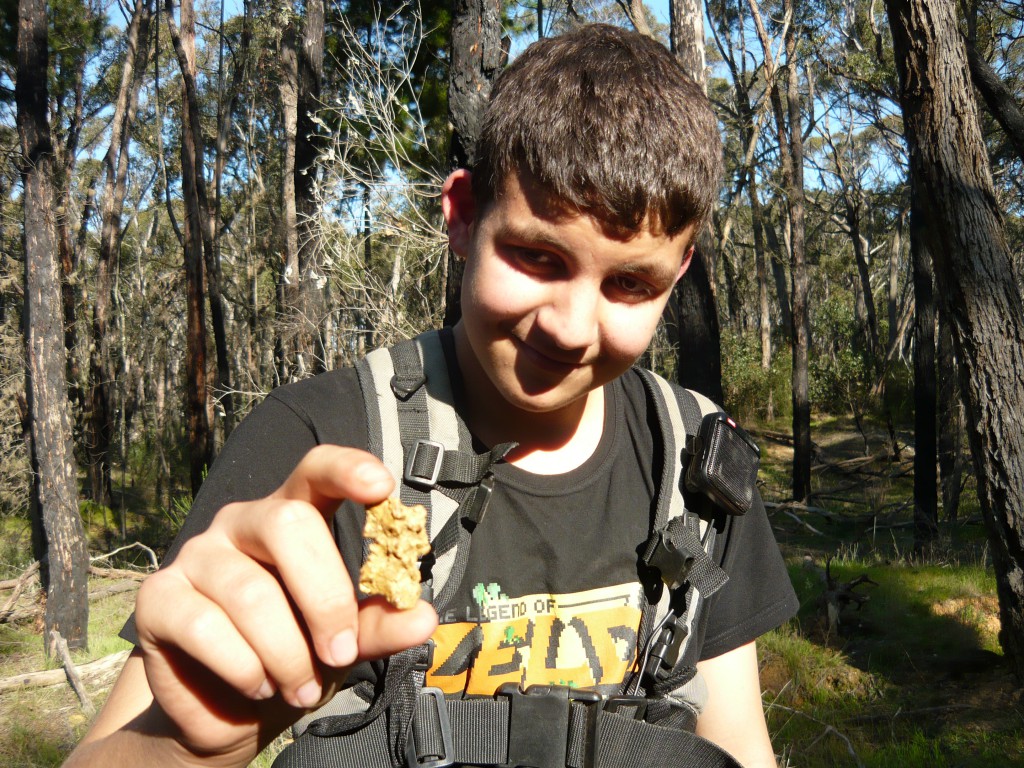 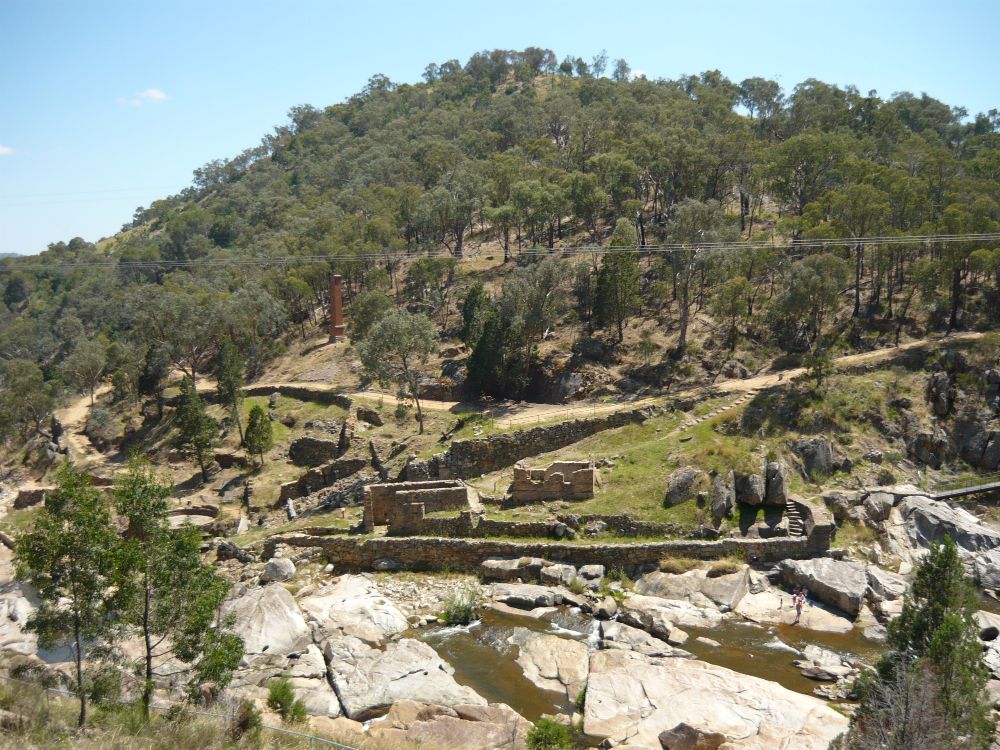 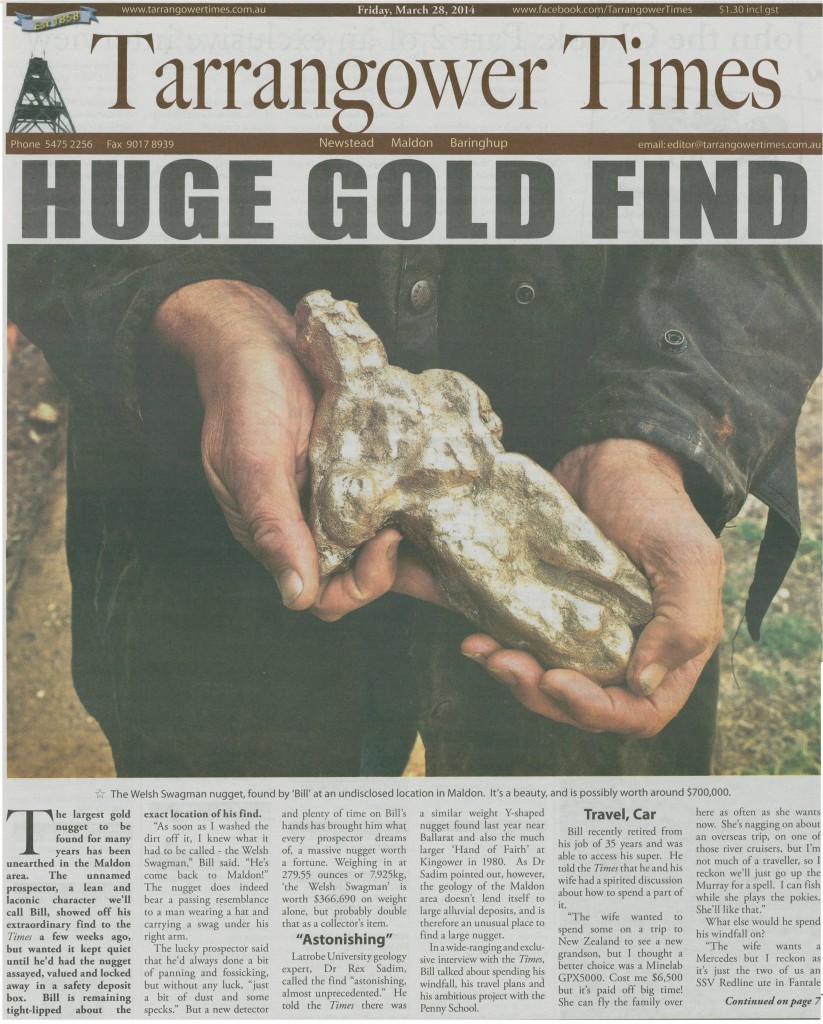 Thanks to soaring gold prices, amateur gold prospecting is on the rise in Australia. Old prospecting towns are seeing new faces, and there’s a renewed buzz in the country’s historic gold fields.

The Courier Dig Into Clune's Golden Past

Today, Clunes has a population of about 1000 and provides a fascinating journey into Victoria’s gold rush – which isn’t over yet.

Today the central goldfields is regarded as one of Australia’s premier gold-detecting areas.

With the price of gold hovering over $1700 an ounce, it’s not a bad idea to try your luck. More large gold nuggets have been found in Victoria’s goldfields than anywhere else.

Of 47 nuggets weighing more than 18kg recorded worldwide, 40 have been found in Australia, and 32 of these were unearthed in Victoria’s goldfields region.

Darren Kamp has been chasing gold for more than 30 years, from exploring old mines in Ballarat to gold panning with his grandfather in creeks around Daylesford as a child, before graduating to a metal detector in the 1980s.

“The largest nugget I found weighed 24 ounces (680g). It’s such a buzz when you find gold, like winning Tattslotto,” says Kamp, who runs prospecting tours around Clunes from his shop, Gold and Relics, in a charming old bank recognisable as the one robbed by Heath Ledger’s Ned Kelly in the movie.

Ms Gillard held up a gold nugget worth $50,000 and handed to her by local gold dealer Darren Kamp. "That’s amazing,” she said before reluctantly giving it back. “ 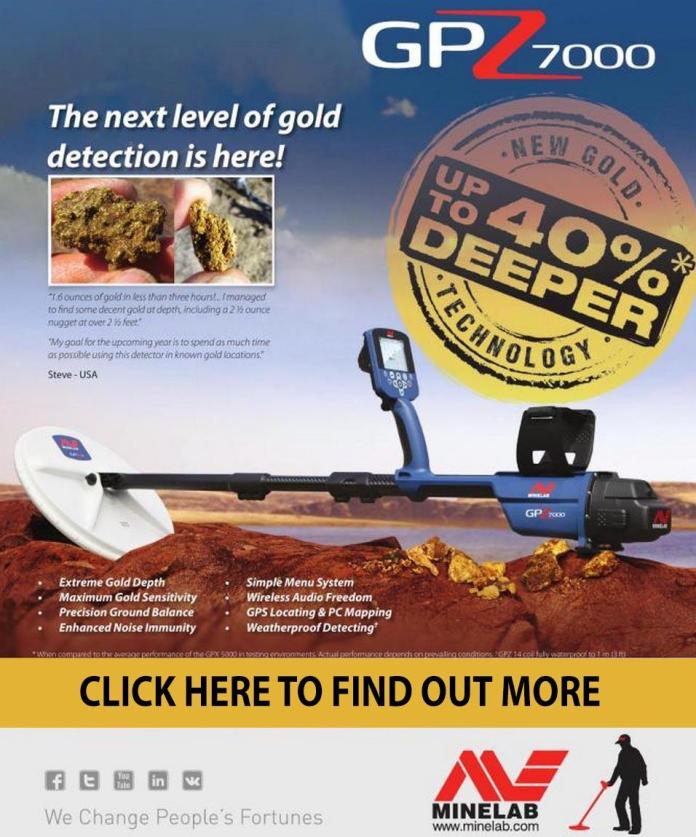 There is a high level of excitement as details of the new Minelab GPZ 7000 have been leaked around the country. Minelab has not yet announced a release date however this information is expected to be known shortly. Minelab has not announced the price of the new Minelab GPZ 7000 neither but we are predicting it to be in the $AU7,000 – $10,000 range. Check back soon for more information as it comes to hand.

A TV special – Darren shows Coxy how to prospect for gold on the TV show Coxy’s Big Break.

Andersons Mill Festival is held at Smeaton every year and it is a wonderful family event. Darren and Leanne were on hand to teach adults and children how to pan for gold. 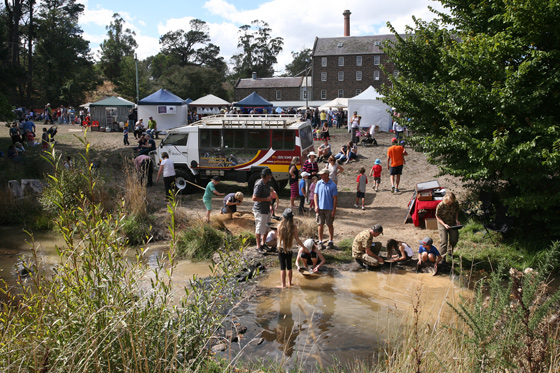